You Are Here: Further Projects

Nano technology makes it possible to produce materials and structures on the basis of silicium, whose property of absorption can be adjusted and manipulated. This means one can profit from the properties of ultrathin silicium layers with a thickness of less than 10 billionths of a metre (10 nm), which differ fundamentally from regularly used silicium solar cells due to confinement effects.

In this way it is possible to produce solar cells by the means of vertical stacking of ultra thin layers (see picture), which absorb a much higher proportion of the sunlight spectrum than conventional solar cells based on silicium thick-layer cells with “classical” pn-transition. The higher absorption capacity causes a more effective transformation of sunlight into electrical power and hence a higher electrical terminal voltage at the tandem solar cell. In theory, the amount of irradiated sun energy transformed into electrical power could increase from 44% to 66%. This data shows that the procedure is 2 to 3 times more effective than those which are being currently used.

In the context of the BMBF-cooperative project being carried out at the institute of semiconductor electronics at RWTH Aachen, SINOVA thin silicium layers are integrated into alternative lateral Si-quantum-layers solar cells nano-technology procedures (see picture), which clearly demonstrates the desired increase of electrical output voltage. This forms the foundation of maximum efficiency solar cells in the future.

So That Blinds Can See Again 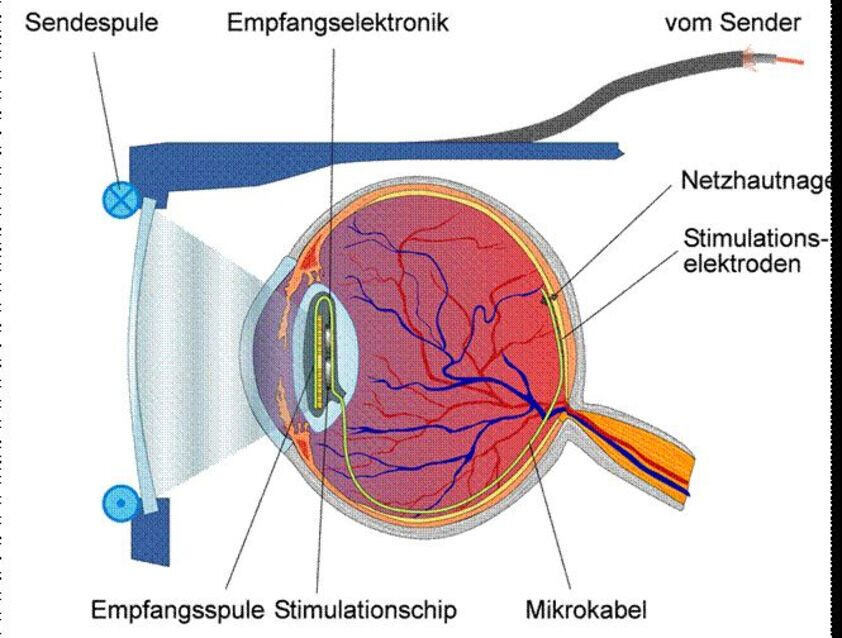 About 3 million people worldwide suffer from the hereditary eye disease “Retinis Pigmentosa”, which causes the slow destruction of the retina and the desensitisation of the photoreceptors. Although approximately 30% of the nerve cells of the retina remain unaffected, the patient gradually goes blind due to the loss of function of cones and rods. Despite several studies into the area, the disease can neither be cured nor stopped with the help of modern medicine. The application of modern microelectronic and semiconductor technology not only gives “Retinis Pigrmentosa” sufferers back their sight, but also a renewed quality of life.

With the help of specific glasses and eye implants, both developed by departments of the Faculty of Electrical Engineering and Information Technology, blind people are able to see again. There is a camera inside the glasses which converts the pictures taken into digital signals. Two different chips are implanted behind the eye of the blind person, one of which receives the digital signal of the camera and passes it on to a second stimulation chip. This stimulation chip generates minute electric shocks, which are passed on as bipolar impulses to the nerve cells via micro electrodes, which have been implanted into the retina.

Finally, the nerve cells of the retina which are still intact send information to the brain, where it is processed and converted into pictures.