You Are Here: European Acoustics Association Award for Michael Vorländer 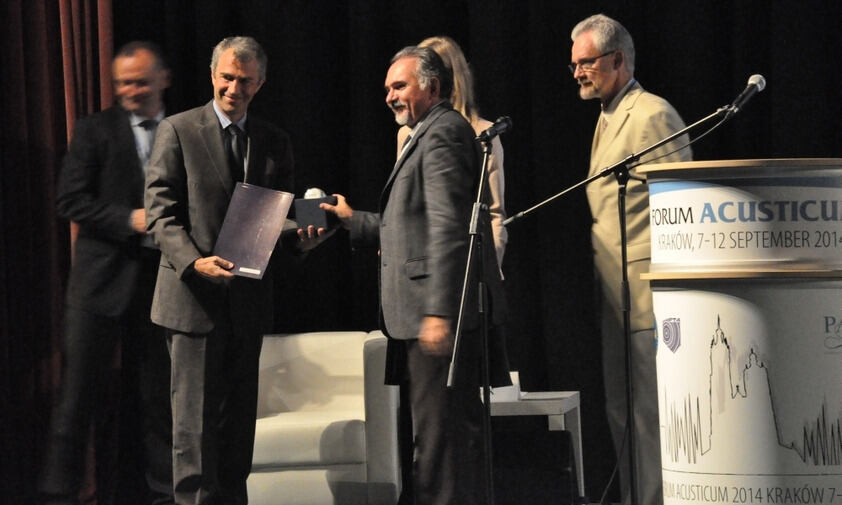 Professor Michael Vorländer, head of the chair of Technical Acoustics at RWTH University, has now been awarded the EAA Award 2014 of the European Acoustics Association, EAA, for his significant contributions to the promotion of research and teaching in acoustics in Europe.

The EAA award is conferred every three years. EAA is the umbrella organization of the acoustic societies in Europe and comprises 9000 members. It focuses on various aspects of acoustics, its technologies and applications.